In my previous blog, I discussed a numerical library of python called Python NumPy. In this blog, I will be talking about another library, Python Matplotlib.

This tutorial aims to show the whole process of data visualization using Matplotlib. We'll begin with some raw data and end it by saving a figure of a customized visualization.

Matplotlib is a multi-platform data visualization library built on NumPy arrays and designed to work with the broader SciPy stack. In simple words, Matplotlib library is a plotting library used for 2D graphics in a python programming language.

One of Matplotlib’s most important features is its ability to play well with many operating systems and graphic backends.

As usual the first step irrespective of what package you are using is to import it. Start by importing Matplotlib and setting up the %matplotlib inline magic command.

What is %matplotlib inline magic command?

%matplotlib inline turns on “inline plotting”, where plot graphics will appear in your notebook below the code. Here the commands of the cells below the plot will not affect the plot.

However, for other backends, such as qt4, that opens a separate window, cells below those that create the plot will change the plot.

So, back to coding.

To remove information about the plot use semi-colon(;) ie to remove [] use the below code.

You could use plt.show() to display the plot.

Let's add some data to it.

I know it's a bit confusing concept, I took around a week to figure out but thanks to the vast internet I could finally understand. So I' am planning to write another post about it.

Okay, but what does this code mean?

To understand this, first, we will call .subplots

So, every time we call subplots() function, it will return a tuple with two values. What we did in first-line tuple unpacking.

Note: We created two variables, fig and ax. These are arbitrary names but a standard that everyone follows.

Consider fig as short for figure, you can imagine it as the frame of your plot. You can resize, reshape the frame but you cannot draw on it. On a single notebook, you can have multiple figures.

Each figure can have multiple subplots. Here, the subplot is synonymous with axes(plural of axis). The second object, ax stands for axes, is the canvas you draw on.

I hope you got some idea about it. To make it more clear we will go through one more example where we will be creating multiple subplots ( plt.subplots() grid system )

So, here fig is a whole frame that contains 4 subplots and ax is list of individual subplots. You will be using ax with indexes to draw. For example,

You can also customize your plot.

The most common type of plots using NumPy arrays

Matplotlib visualizations are built off NumPy arrays. So in this section, we'll build some of the most common types of plots using NumPy arrays.

To make sure we have access to NumPy, we'll import it as np.

Just in case if you don't know what's NumPy. Check out my post about Numpy

As seen from the above examples, the line is the default type of visualization in Matplotlib until and unless you exclusively mention something else.

Scatter plots are similar to line plots. A line graph uses a line on an X-Y axis to plot a continuous function, while a scatter plot uses dots to represent individual pieces of data.

A bar plot is a graph that represents the category of data with rectangular bars with lengths and heights that is proportional to the values which they represent. Bar graphs are used to compare things between different groups or to track changes over time. For example,

In a histogram, each bar groups numbers into ranges. Taller bars show that more data falls in that range. A histogram displays the shape and spread of continuous sample data.

To create subplots, either you can use indexes as shown above or you can allot a new variable to each subplot. For example, 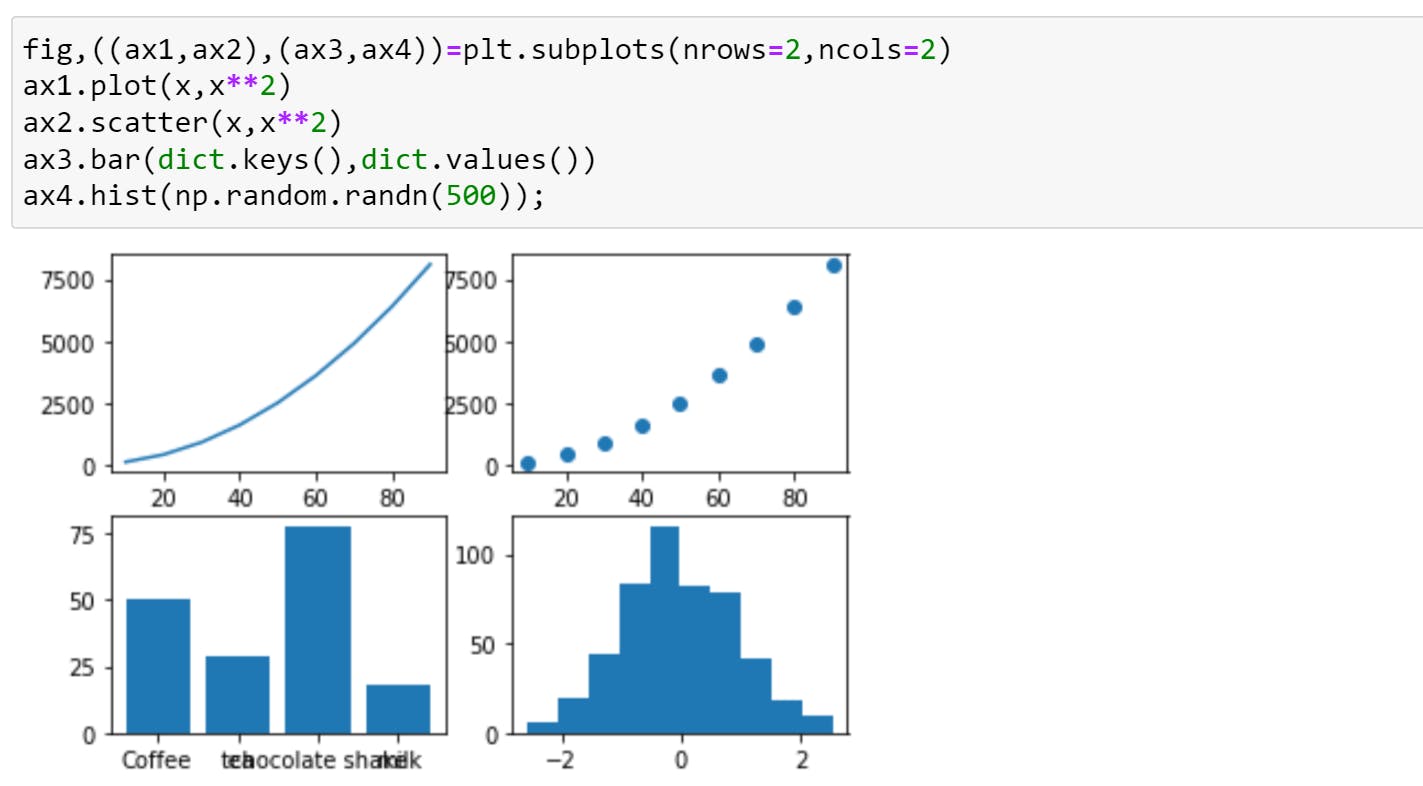 Now, that we got some basic understanding of different types of plots, let's create one that you will be using for your projects.

So, what we are going to create here is: 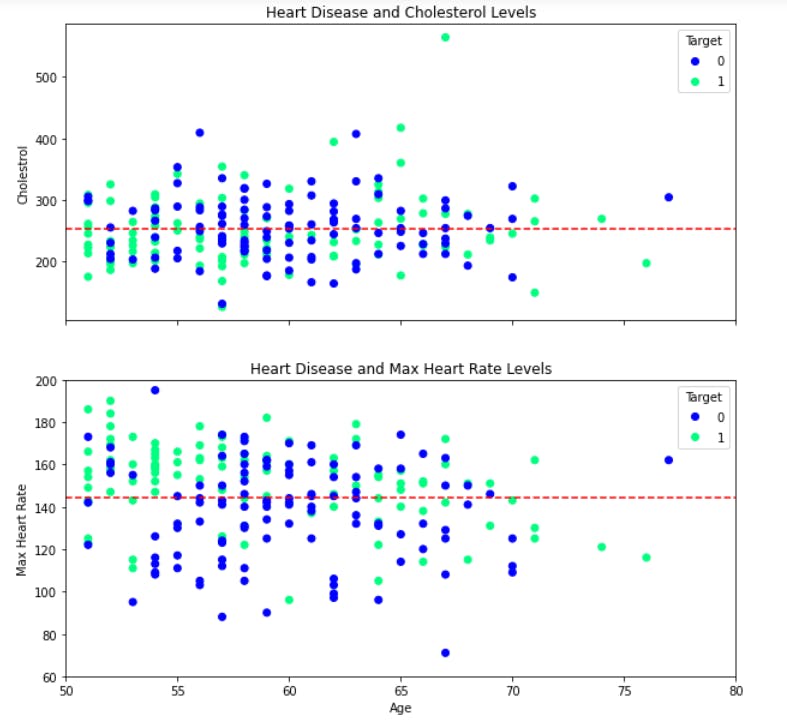 Isn't it beautiful?? Don't worry it's very easy to create one.

So, Step 1 - import panda and matplotlib (with %matplotlib inline)

Step 2, after importing we need data. So here I'm using heart disease data. You can use some other data.

We will be using data of age above 50 for plotting.

Step 3, To plot a graph, we will be using OO interface.

Step 4, Mention the data for which data needs to be plotted.

Step 6, Set x-axis limit. This is an optional step but it makes the graph more beautiful.

Step 7, Create a horizontal line to get a better understanding of the graph.

Step 8, Add Legend ( area describing the elements of the graph)

The elements to be added to the legend are automatically determined when you do not pass in any extra arguments.

Step 9, Repeat the steps for the second plot.

But learning matplotlib can be a frustrating process at times...

Why Can Matplotlib Be Confusing?

You may face issues due to the following challenges:

So, that's it for today. Please comment down and let me know if I missed something. Thank you reading. 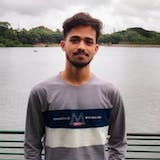 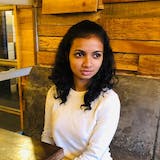 Thank you, it makes my day to hear that✌️.